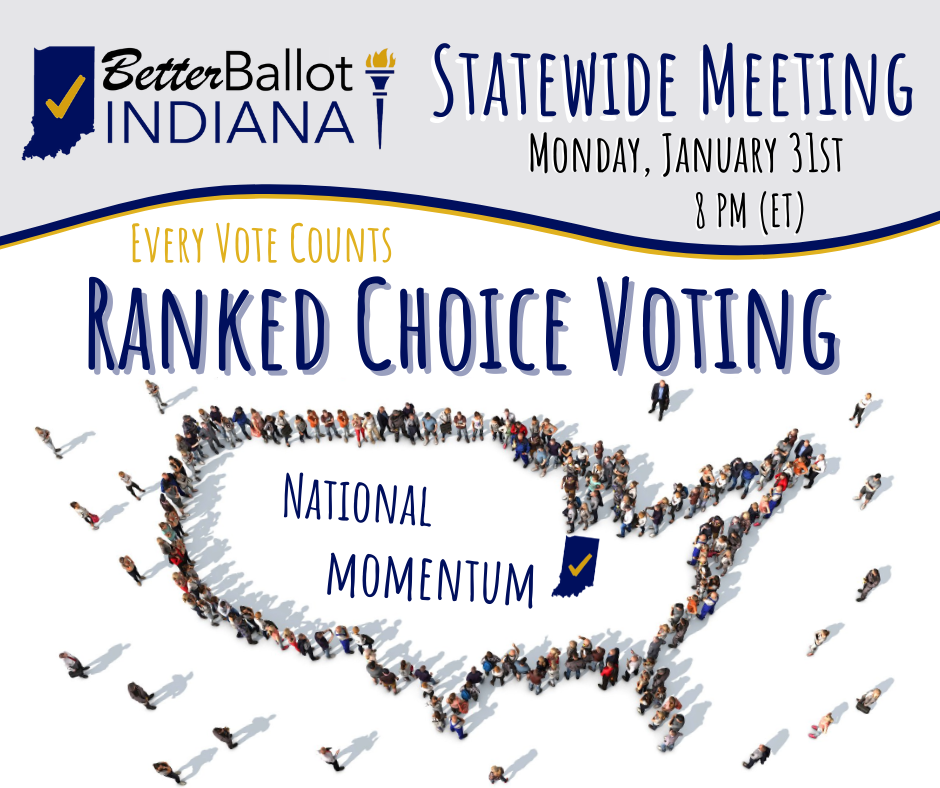 Join us on Monday, January 31st, at 8pm ET (7pm ET), as we build upon nationwide momentum to bring Ranked Choice Voting (RCV) to our elections.

RCV is as easy as 1-2-3!
Appropriately, National RCV Day is on Sunday, 1/23, where groups from across the country come together to advocate for RCV nationwide. #RCVDAY 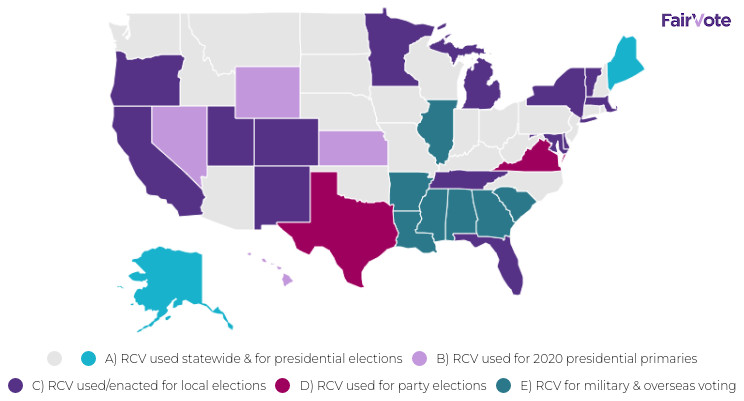 MEETING TOPICS
Our meeting will recap efforts made during national RCV day, and it will include general strategy, capacity-building, and action team break-out sessions focused on Indiana.

WHAT IS RANKED CHOICE VOTING?
RCV is a simple upgrade to the ballot. Instead of choosing just one candidate, RCV allows you to rank multiple candidates in the order you prefer them (1st, 2nd, 3rd, and so on). This solves a number of long-standing problems in our American political system: the intractability of the two major parties; “spoiler” candidates; candidates who win elections without majority support; negative attack ads; and poor voter turnout and engagement.