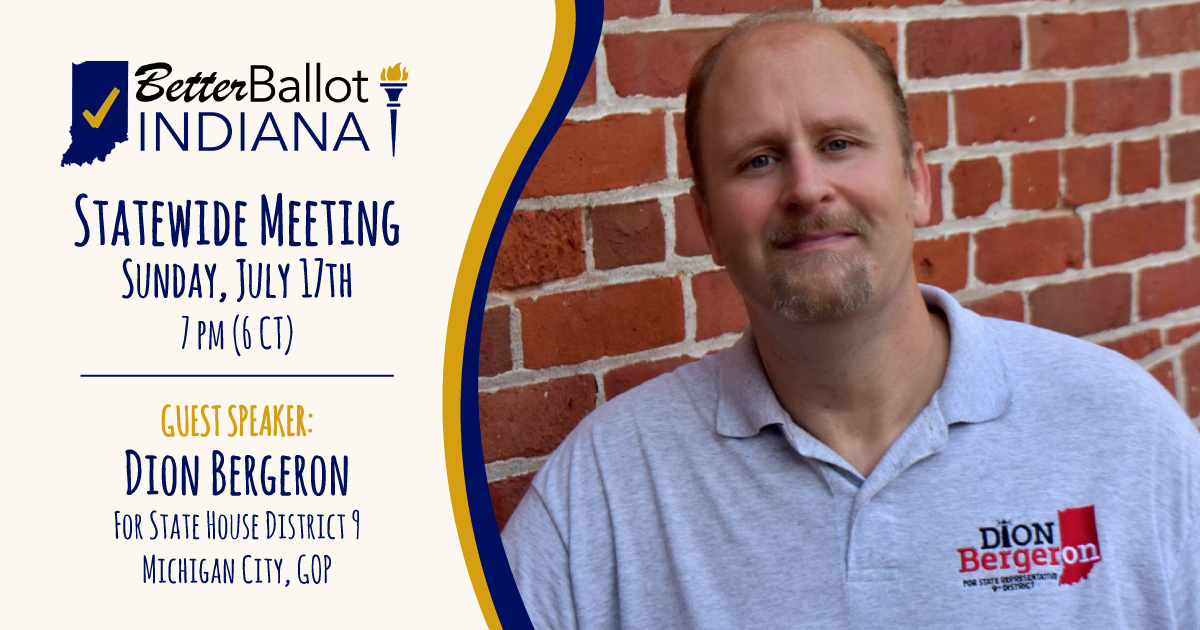 Join us on Sunday, July 17th at 7pm ET (6pm CT) to discuss the strategy for implementing Ranked Choice Voting (RCV) in Indiana.

Dion Bergeron -- GOP candidate for IN State House District 9 (Michigan City). Dion grew up in Michigan City and believes very strongly in honesty, integrity, and accountability. Witnessing what is going on in our government, Dion can no longer stand by and simply hope it gets better. His goal is to make real progress. For one, Dion supports using RCV for our elections.

RCV is a simple upgrade to the ballot. Instead of choosing just one candidate, RCV allows you to rank multiple candidates in the order you prefer them (1st, 2nd, 3rd, and so on). This solves a number of long-standing problems in our American political system: the intractability of the two major parties; “spoiler” candidates; candidates who win elections without majority support; negative attack ads; and poor voter turnout and engagement.