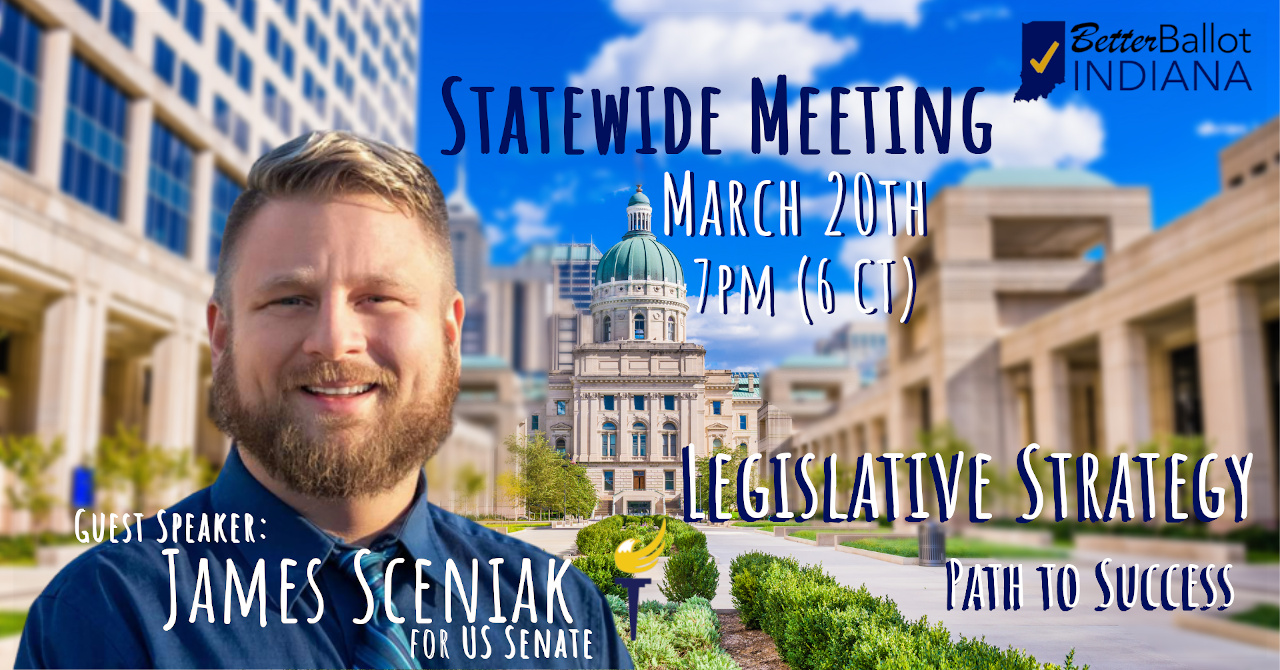 Join us on Sunday, March 20th at 7pm ET (6pm CT) to discuss the strategy for implementing Ranked Choice Voting (RCV) in Indiana.

This meeting will focus on our legislative strategy and path to success in Indiana. Come learn, get involved, and make a difference! It's as easy as 1, 2, 3!

James Sceniak -- 2022 Candidate for U.S. Senate and BBI Volunteer. James is a trained behavior therapist that works primarily with children on the autism spectrum. James is already a public servant and wants to use those same skills and attitude of service to represent all of Indiana in the Senate. As a lifetime Hoosier, James knows the concerns that are present in the state and is an outspoken supporter of using RCV for our elections.

RCV is a simple upgrade to the ballot. Instead of choosing just one candidate, RCV allows you to rank multiple candidates in the order you prefer them (1st, 2nd, 3rd, and so on). This solves a number of long-standing problems in our American political system: the intractability of the two major parties; “spoiler” candidates; candidates who win elections without majority support; negative attack ads; and poor voter turnout and engagement.