How do Indiana Candidates for the 2022 Election Feel about Ranked Choice Voting (RCV)?

Better Ballot Indiana conducted a survey of Indiana candidates for the 2022 election. Our survey shows broad support among over 70% of respondents with just 7% opposed. Supporters represent every major political party. Over 50% are so supportive, they are ready to get the ball rolling by sponsoring RCV legislation! 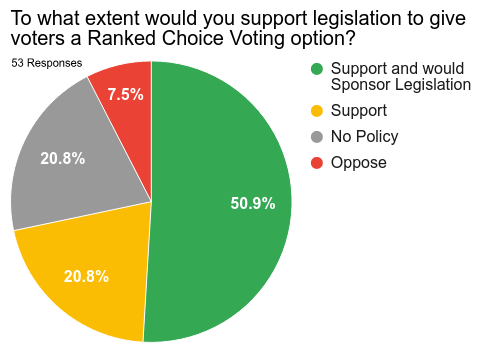 We asked over 200 candidates for the upcoming election one simple question:

If you do not see a response from candidates in your district, we have not been able to reach them for a response. We would love your help! Call or email to tell them about Better Ballot Indiana and Ranked Choice Voting so we can add your voice and theirs to the call for RCV.

If you do not know your voting districts, you can look them up: http://iga.in.gov/legislative/find-legislators/

Many candidates participated, though we largely targeted state officials for a reason. In Indiana, it is currently illegal for any level of government to implement RCV for public elections. Voters in Indiana who want ranked choice options at the city, county, or state level are currently denied that option. Voters do not have access, despite support seemingly among all major parties. The Libertarian, Green, and Forward parties use RCV regularly for their internal elections and are strong supporters. The Indiana GOP used RCV in its own party’s elections in 2020, and an Indiana DNC legislator recently sponsored legislation to implement RCV.

This survey helps voters see existing bipartisan interest among legislators and will bring together a legislative coalition to give Indiana voters the Ranked Choice Voting we want. 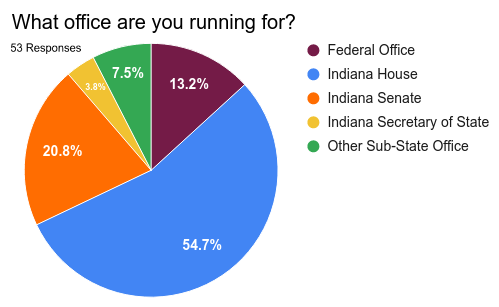 What is Ranked Choice Voting?

Ranked Choice Voting (RCV) is an established, widely used voting method, whereby voters, instead of being limited to just 1 candidate on the ballot, rank candidates in order of preference – 1,2,3, etc. This method is more intuitive for voters, essentially as easy as picking 1, and provides more meaningful voter intent to our representatives. In an RCV election, every elected candidate has support from a majority of voters in the final count. And RCV elections eliminate forever voter concerns about “voting for the lesser of two evils” and arguments about “spoiler candidates.”

Advocates also represent RCV as a method to:

RCV is already being used in elections in 55 locations across the nation – Alaska and Maine both use it statewide for all presidential and congressional elections, and NYC uses it for municipal offices.

RCV is a simple yet powerful solution that gives people an equally strong voice and more choice. By implementing RCV across Indiana, we can give voters more choice and help legislators better hear the voice of their voters.

Better Ballot Indiana is a non-partisan Indiana non-profit corporation 501(c)(3) formed to educate and empower Hoosiers to strengthen our democracy in Indiana through RCV. We are a 100% volunteer organization made up of Indiana voters.

Better Ballot Indiana does not endorse, support, or oppose any political candidate. The following information is presented to educate Indiana Voters about candidate positions on issues as they participate in the political process. Ultimately, our goal is to promote RCV across Indiana, as we believe it can give voters more choice and more voice in our elections.

Check your voting status and location at https://indianavoters.in.gov. 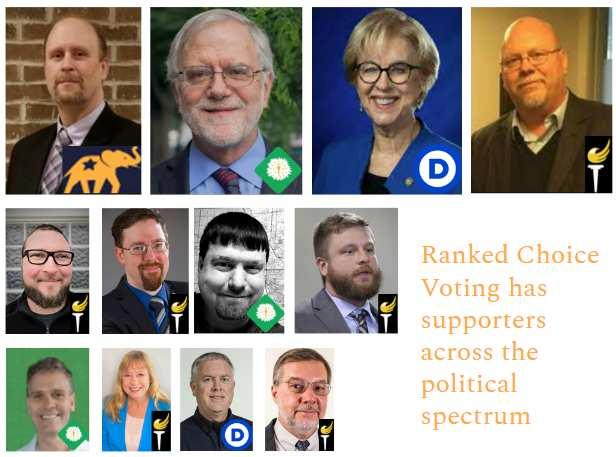 Candidates are listed alphabetically by political race. Selected commentary included with listings. Counties shown may not be precise and are for geographic reference only.

Candidates Who Responded but Don’t Yet Have a Policy (11)