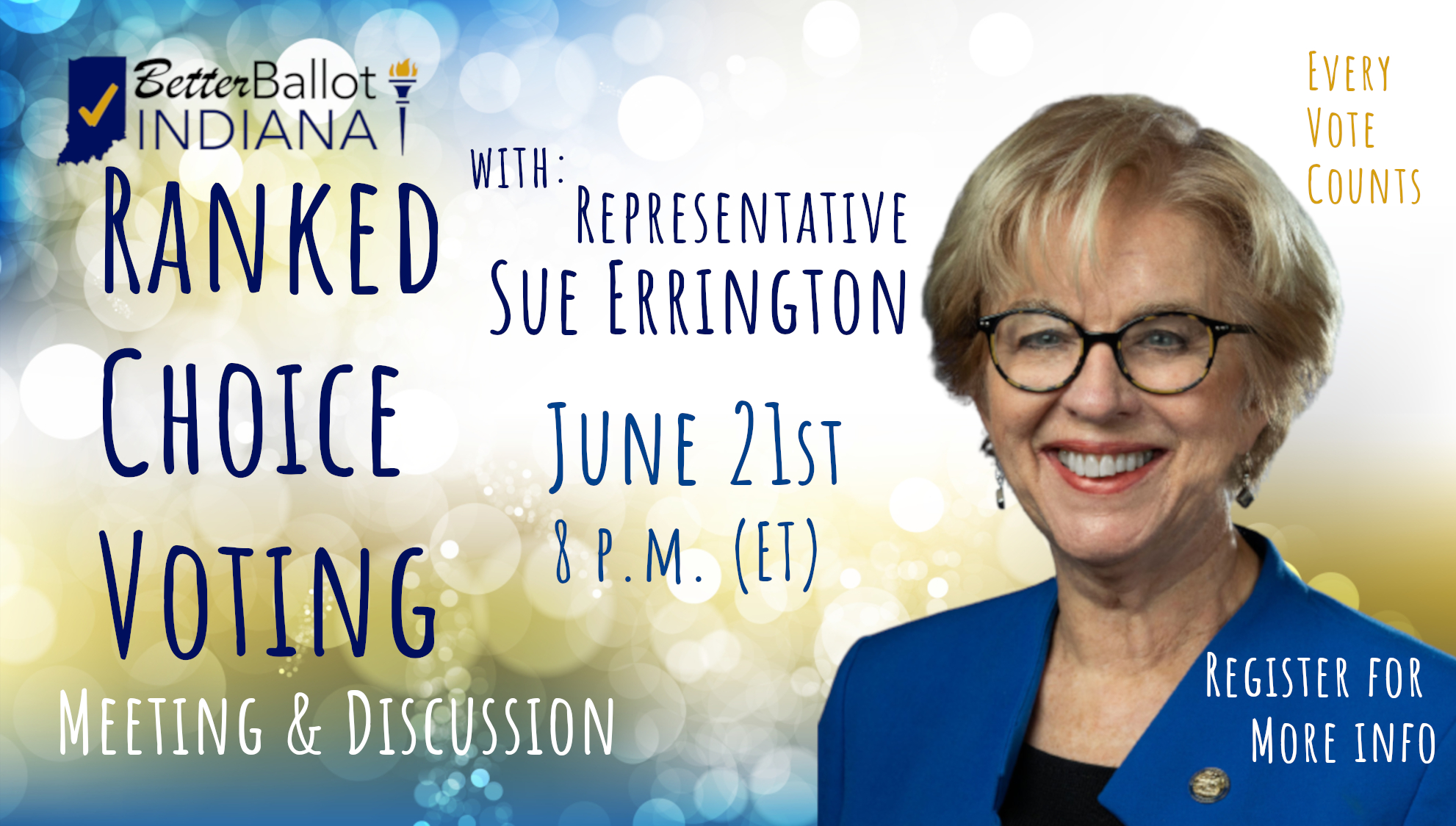 Join BBI at our next monthly meeting, where we will build the strategy to win RCV in Indiana.

Attend our next monthly meeting on Monday, June 21st at 8 p.m. (ET) / 7 p.m. (CT) to discuss the strategy for winning RCV in Indiana with special guest speaker, Representative Sue Errington.

The meeting is free and will be conducted virtually on Zoom. Our meeting will include general strategy, capacity-building, and action team break-out sessions.

After registering, you will receive a confirmation email containing information about joining the meeting.

Did you know, just a few years ago, Maine became the first state to reform their elections by adopting RCV. Then, America's largest city -- New York City -- passed RCV by a whopping 74% of the vote. Five states used RCV for the 2020 presidential primaries or caucuses.

Ranked Choice Voting (RCV) is a simple upgrade to the ballot. Instead of choosing just one candidate, RCV allows you to rank multiple candidates in the order you prefer them (1st, 2nd, 3rd, and so on). This solves a number of long-standing problems in our American political system: the intractability of the two major parties; “spoiler” candidates; candidates who win elections without majority support; negative attack ads; and poor voter turnout and engagement.

Learn more about RCV at our FAQ page.