We are a politically diverse group of volunteers with a common goal of bringing Ranked Choice Voting to Indiana. We're able to put our differences aside and come together for the greater good that will benefit democracy for all of us.

Below you will find just a handful of our team members. If you're interested in helping and joining the team, get involved today!

Jason Torpy is a native Buckeye transplanted to South Bend. He is a West Point graduate, former Army Captain, and Iraq war veteran. He holds an MBA from The Ohio State University. He is an experienced activist with nearly 20 years serving on boards of national nonprofit organizations primarily to secure rights for military personnel and veterans and to protect Constitutional freedoms. 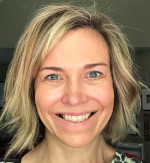 Born a Hoosier in the Chicagoland region currently living in Zionsville. I am a registered nurse currently working as a RN Health Coach. I’m a mother, wife, and returned Peace Corps volunteer. I was fortunate that my nursing degree allowed me to work and live in both Madagascar and New Zealand which greatly influenced my world outlook. I have worked as a health educator, advocate, and RN in many different settings, 3 different states and 3 different countries. In all of my roles, my greatest passion is advocacy. Our political system leaves people out. It prevents citizens from voting for who they want, creates polarization and a lack of engagement. I strongly believe that Ranked Choice Voting will encourage parties and elected officials to work together, allow voters to vote with passion and hope, and decrease polarization. I’m all in to advocate for Hoosier voters by working towards Ranked Choice Voting. 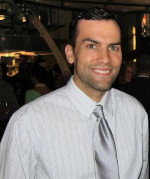 Born and raised in Indiana, currently residing in Indianapolis. I’m a Purdue University grad in Computer Science. I’m a partner in a small employee-owned tech company called Cirkuit Networks specializing in custom websites and e-commerce. I was the Technology Director for the Indiana Green Party from 2016 to 2021, but am now an Independent focused on election reform. I’ve worked on multiple Green campaigns and Bernie Sanders' 2016 campaign, and I've experienced first-hand the difficulties, inequalities, and clear favoritism of the current Indiana Election Laws and processes. RCV is just one piece of the puzzle for more fair elections, but an important one. 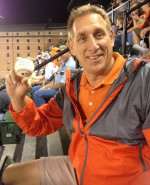 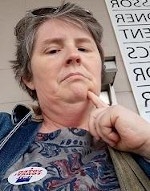 I’m a typesetter for a CME company based in Terre Haute. In terms of politics, I’m also a Green Party of the United States’ [GPUS] National Committee delegate since 2007 [representing the Indiana Green Party]; foundress of the Vigo County Green Party back in 2005; 2 time candidate for Terre Haute City Council, District 2 [in 2015 and 2019]; was a senator with the Indiana State University Student Government Association from 1993-1997; and also a long time community activist in Terre Haute. It was through my work on GPUS’ National Committee where I learned about the concept for RCV. 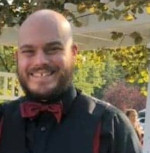 I moved to Indiana when I was nine and have lived in various places during my seven years in the U.S. Navy. I served on the USS Topeka (SSN 754) as a Radioman . I am now back in Indiana to finish my mechanical engineering degree. I am politically independent. I am excited to learn the process of making RCV a reality.

Our Team
Our Team
About